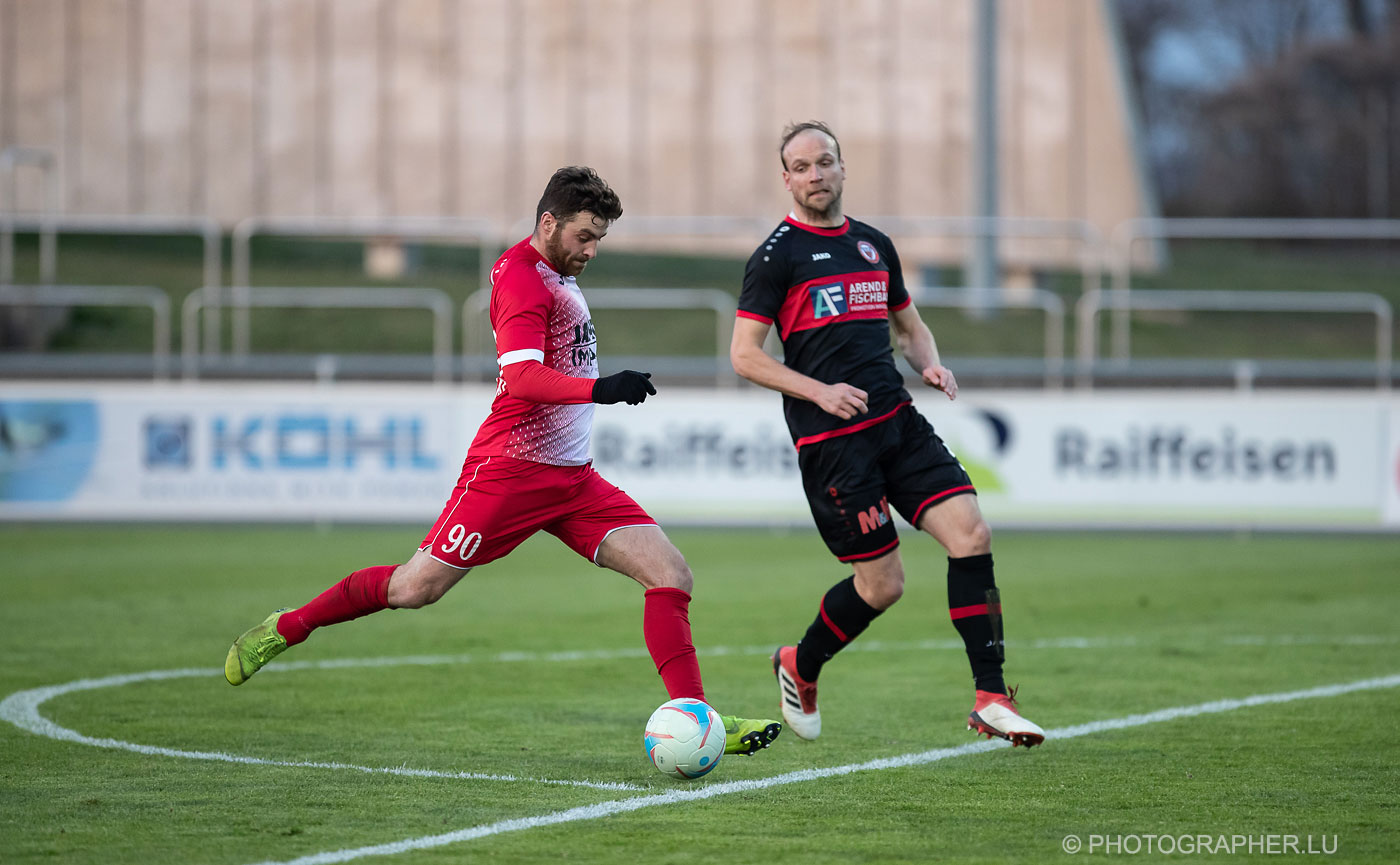 Reportage and photo gallery from the football match between FC Swift Hesperange and FC UNA Strassen on April 14, 2020, in BGL Ligue Luxembourg, on Alphonse Theis stadium in Hesperange.

Swift Hesperange won with 7-0, setting the record for the biggest score so far, in Luxembourg this season.

You can find photos from the match in the photo gallery below.